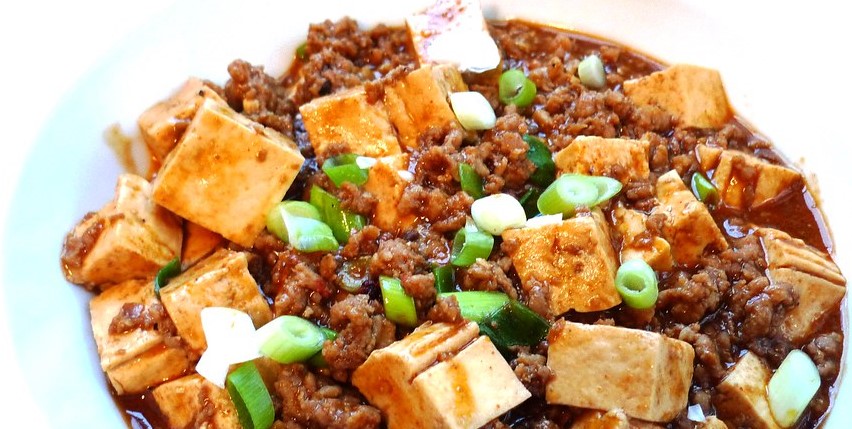 
This is not going to be the best story you'll read this year, or even this month or this week. But this was a reminder for me that someone things just get together!

To understand this story, I will have to go back to 2012, back in my university days. I was living close to a small Japanese restaurant which I was very fond of. This would be the year I would discover one of my favourite dishes of all time. First let me describe it to you: it's minced pork with tofu and spices. The restaurant served it with rice. Simple and delicious. The owners called this dish "mabodofu". I loved it so much I had it multiple times a week.

A few years later, in 2017, I would move to London to pursue my career as a Software Developer. I was a bit sad to leave the little Japanese restaurant behind but was also confident that a big city such as London would definitely have some "mabodofu" I could sample.

Fast forward a few months and... no "mabodofu" in sight. I looked at all the menus I could find and in all the Japanese restaurants I visited and... nothing! I was convinced this HAD to be a thing though, after all the owner of this small Japanese restaurant in Switzerland was originally FROM Japan!

I will not delve too much into what I did to try and find some of that delicious treat but this story took a turn in early 2021. As I was browsing reddit, I stumbled on a post where people were discussing some vegan Facebook user who was claiming that tofu was for the exclusive use of vegans and that other people should be ashamed to steal it. I chuckled at that thought as I remembered my delicious "mabodofu" made of meat and tofu. While I read the comments, I saw it: someone was saying something along the line of "This is ridiculous, has this person never heard of Mapo Tofu?". Mapo. Tofu. I started googling it and minutes later I found at least 4 Chinese restaurants who were serving it in my area. The dish I called "mabodofu" was "Mapo Tofu".

This was incredible, not only was this not a Japanese dish, the name was also not what I remembered it to be. I cannot really explain what happened here: do I misremember it? was it the owner of the restaurant transcribing it weirdly to latin letters? was she cooking a nipponified version of the dish or was she just fond of the chinese delicacy? I don't think I will ever get answers to those questions.

There weren't any major consequences to this adventure but I am fascinated by the circumstances that allowed me to find this dish again. And I think in some way this is the beauty of the internet: serendipity. Sometimes just browsing around can lead you to unexpected and amazing places!